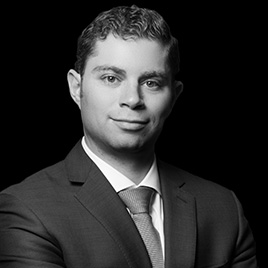 Matthew Michelson joined Dansker Capital Group as a founding member in January of 2020 at the formation of the company. Mr. Michelson is responsible for arranging commercial real estate financing on behalf of owners and developers across the country with a focus on the surrounding New York tri-state area and the Southeast. Mr. Michelson previously spent three years as an Analyst on the team while at Marcus & Millichap which afforded him the opportunity to build relationships with local banks, regional banks, national banks, agency lenders, CMBS lenders, debt funds, private lenders and life insurance companies. Mr. Michelson has underwritten more than $300 million in commercial real estate financing transactions as a member of the team.

Prior to joining Dansker Capital Group, Mr. Michelson was a member of the team at Marcus & Millichap Capital Corporation (“MMCC”) where he worked in the same capacity to arrange financing on behalf of owners and developers. Prior to MMCC, Mr. Michelson was an Associate in the Capital Markets Group at Cushman & Wakefield. In this role, he underwrote all types of capital markets transactions. Mr. Michelson also previously spent time as an intern in the Capital Markets Group at JLL in Manhattan and in the Leasing Acquisitions Group at CPEX Real Estate in Downtown Brooklyn.

Mr. Michelson grew up on Long Island and earned a Bachelor of Arts degree in Economics and Business from Brandeis University.